The challenge from young generation. 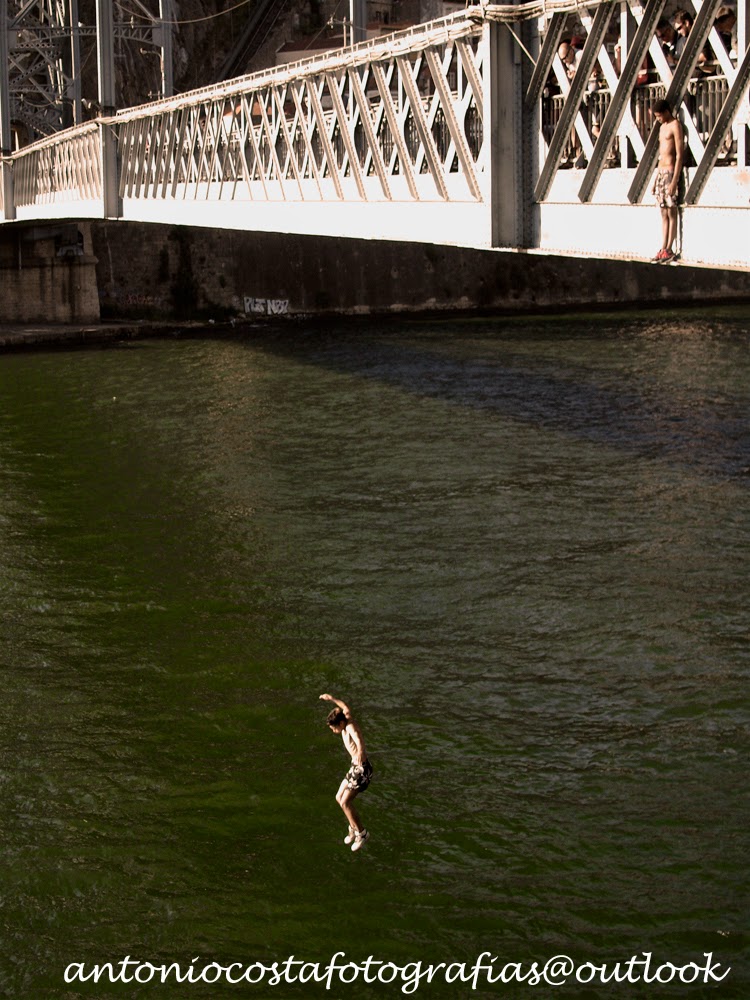 Evry summer time from D Luiz I brigde, young people jump to the river,
In a a several decades tradition for all resident people from the two borders of
the Douro river.They all belong to fisherman and ancient dockers families.
They live on the historic old houses for generations.This challenge its became
a social issue,because  after the first jump,kids get  from the others(include adults) respect.
Even if they  are so litle as twelve years old!
Its a dangerous jump,because sometimes the river take them away so fast that  is
Impressionant,but they know and jump nears the border ; also have some
family members with a litle boat to help them if the are in danger.Them also
old jumpers,but connected for all life to ther river.
In the sequence of shots is a young girl with no more than twelve years old,
and i was on the place where they jump,must have a hell of courage! 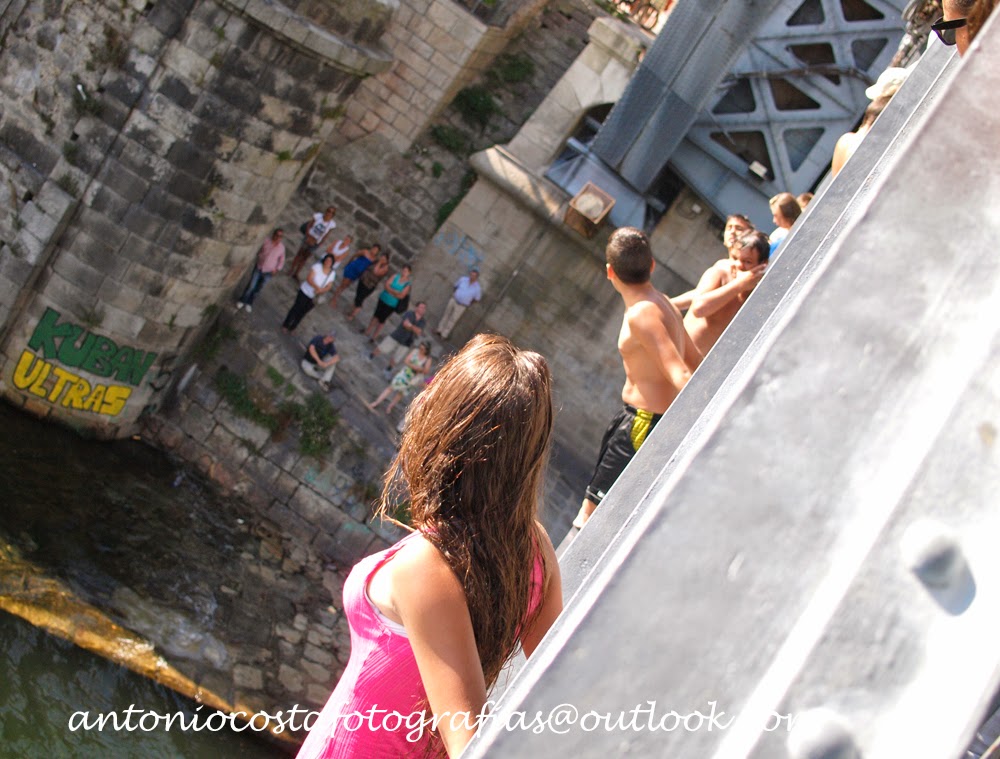 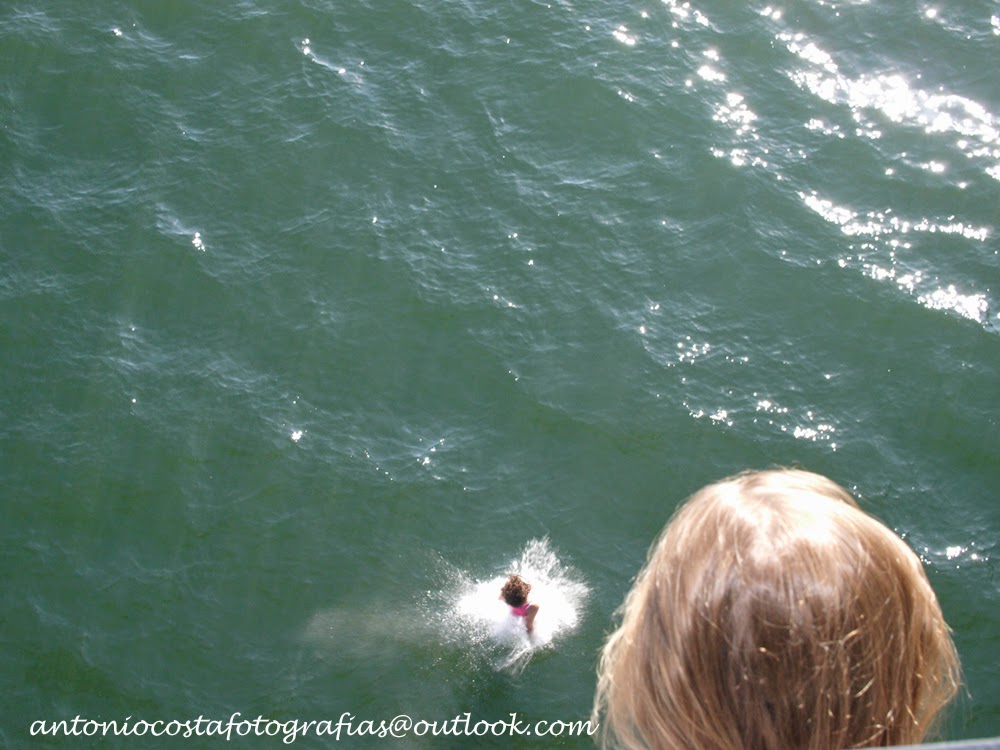 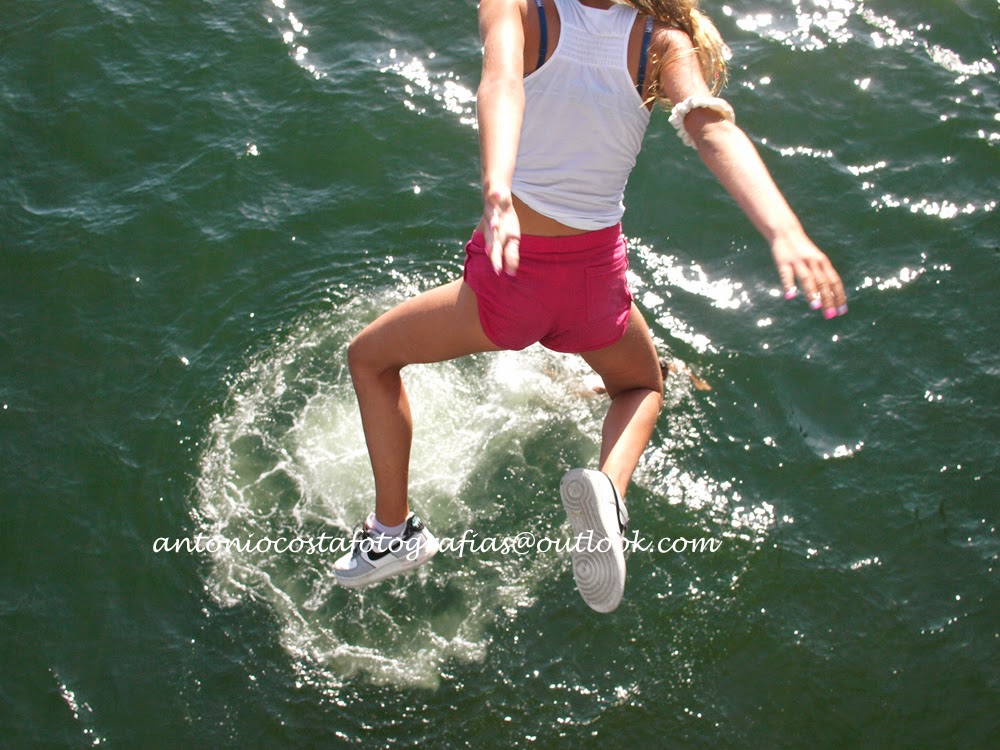 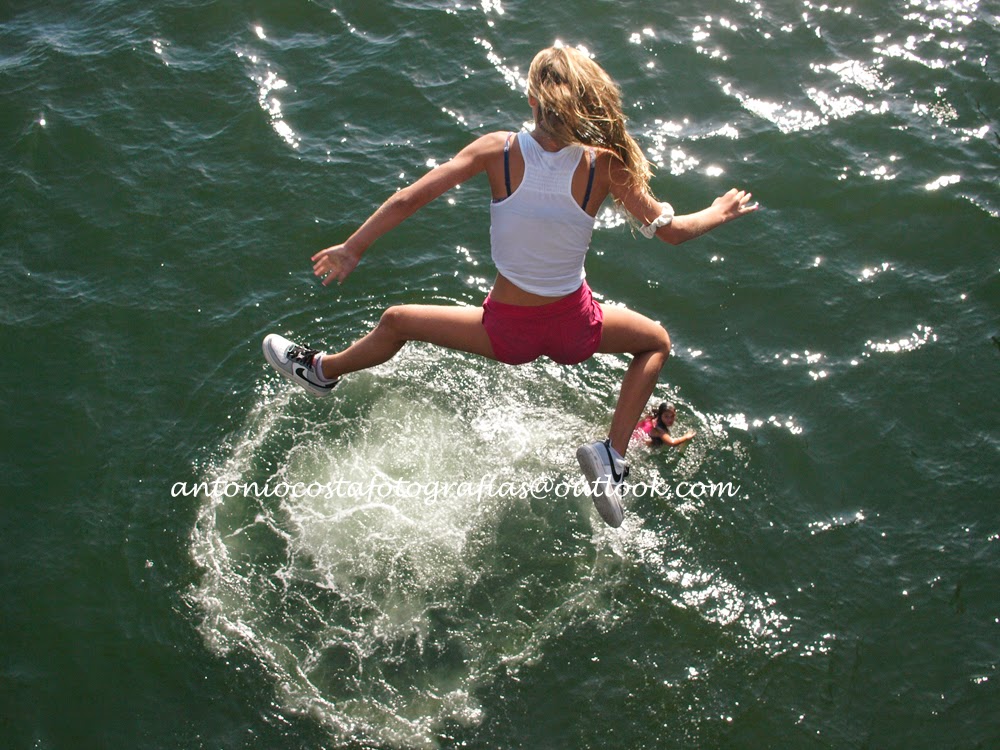 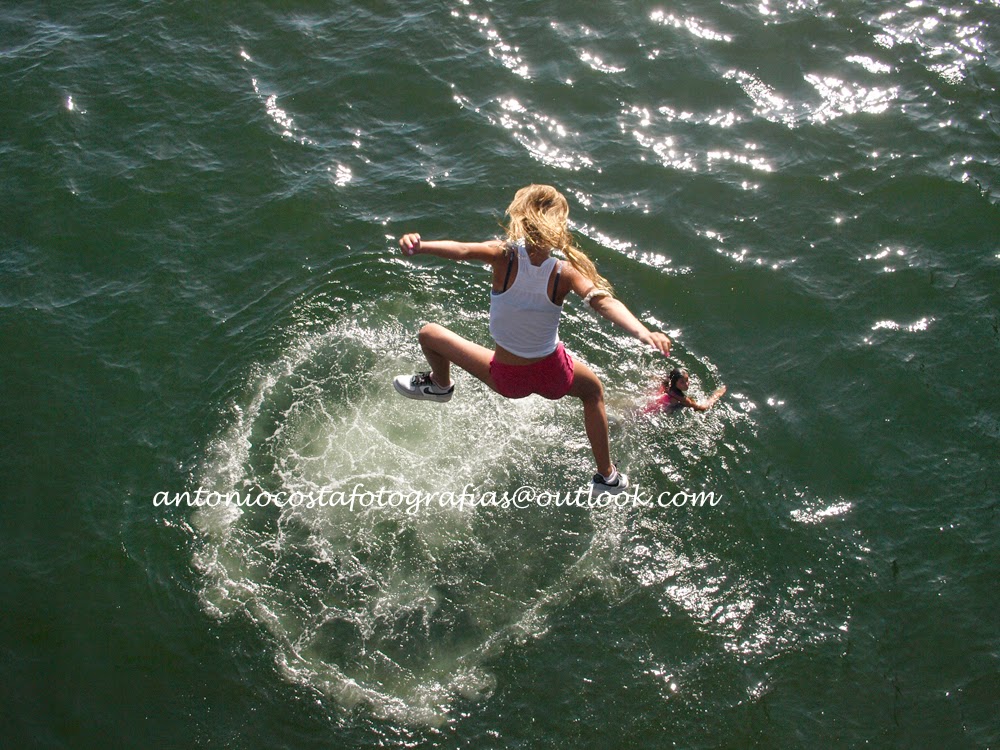 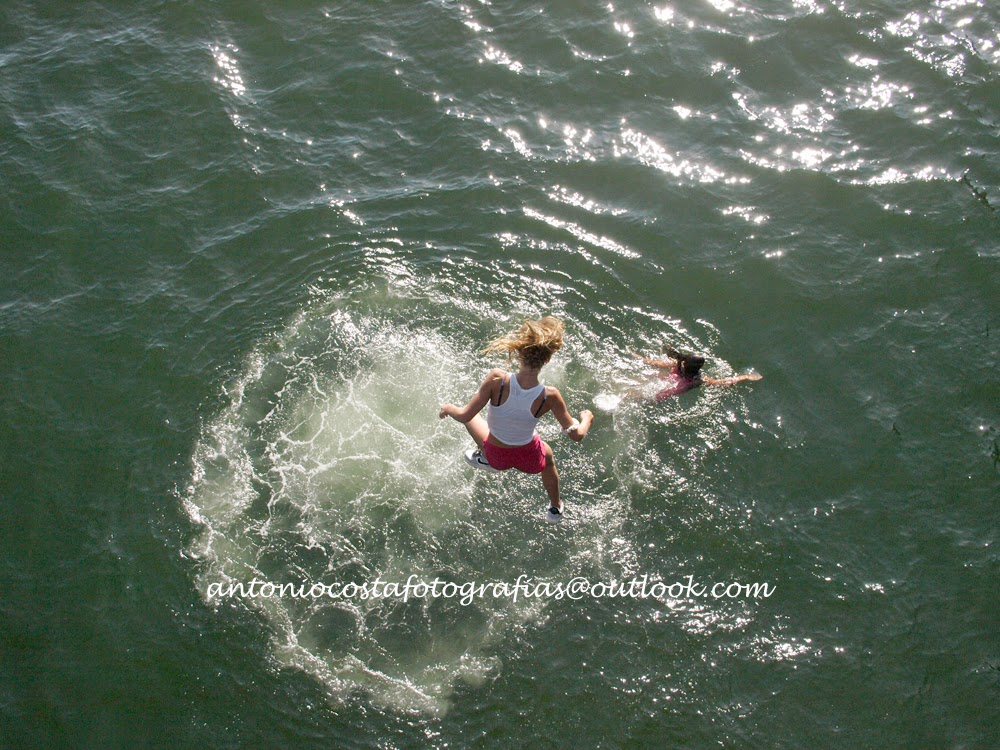 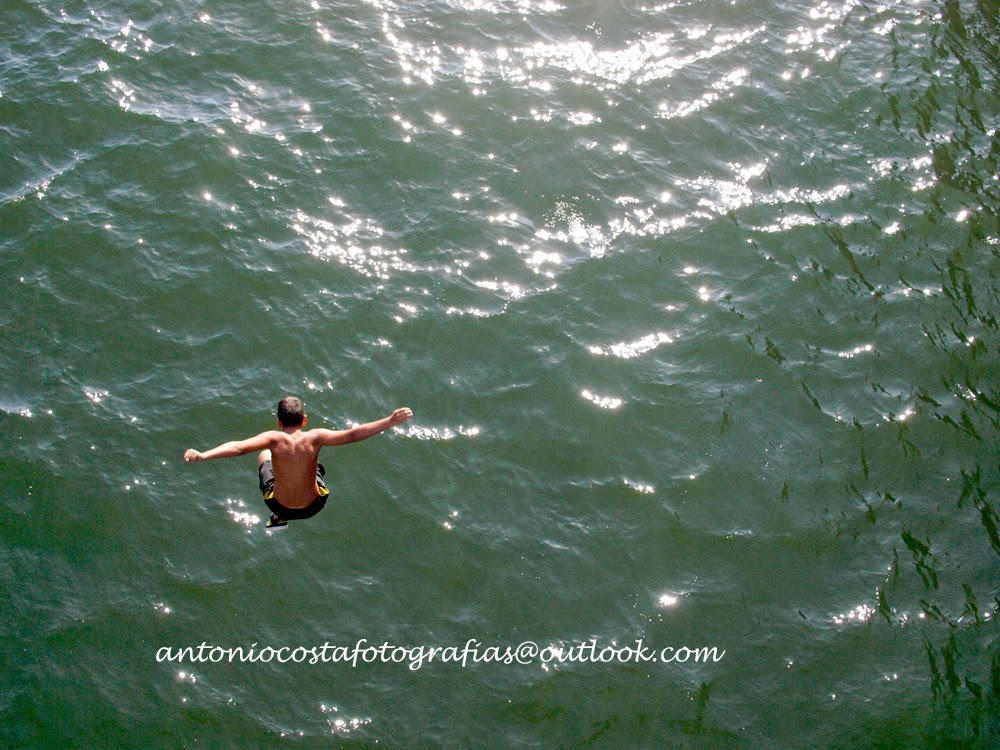 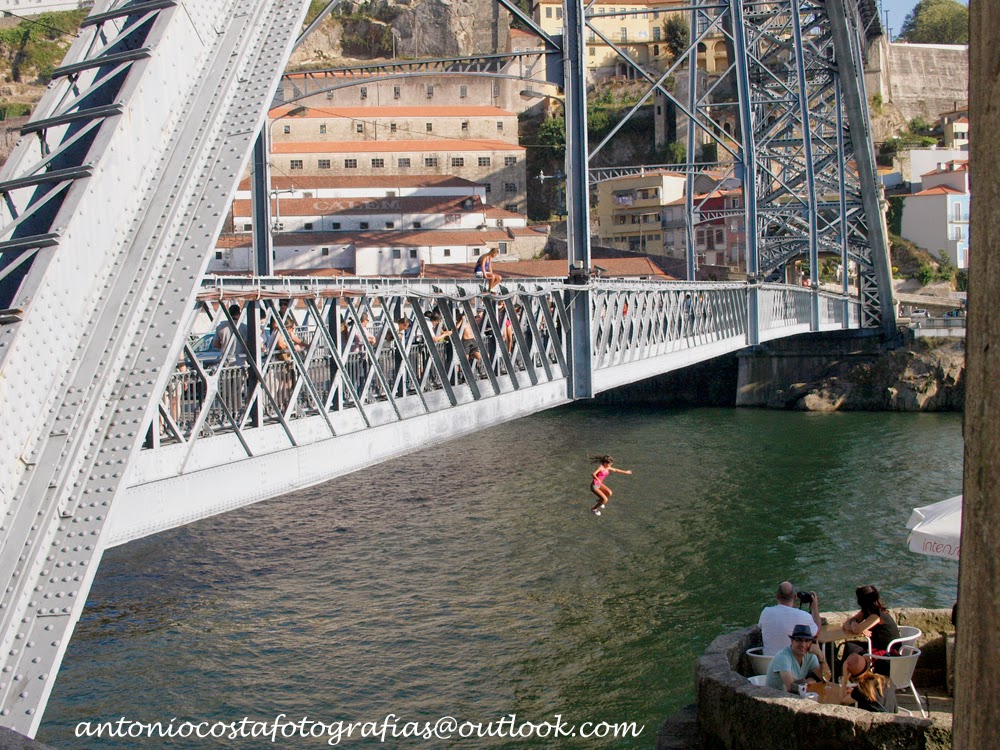